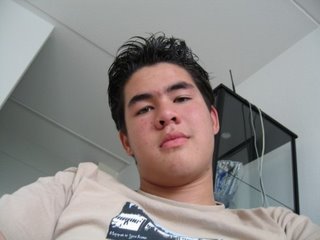 On the 10th aug, i visited a boot camp friend, Arne mauer, who is currently running wireless leeuwarden. We met at leiden camp (wcc2006) after being msn pals for quite since a few months back. He is the founder of wireless leeuwarden at age of 15!

His websites are below;
http://www.thempolis.nl/

It was nice enjoying the nice view in leeuwarden, meeting both nice people in Arne's parents and grandparents and more still the grandparents had spent a few weeks in Tanzania! This was so nice as we spent time taking so much about what they had seen and enjoying the pictures from the safari in tanzania. They visited all the nice game parks and at least they could remember serengenti game park! Here am meeting Arne's grandfather. 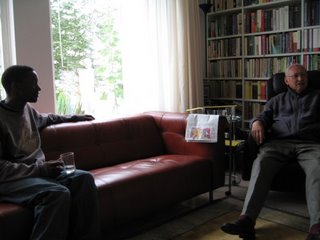