The International Institute for Communication and Development (IICD), a non-profit that specialises in information and communication technologies (ICTs) organised a roundtable workshop to discuss issues affecting sustainability of telecentres. 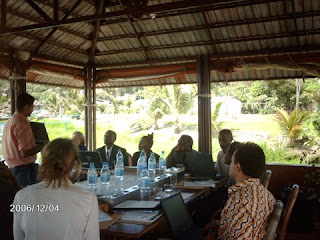 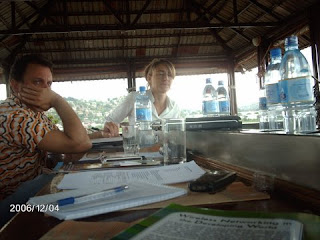 Bernadette & Richard taking a moment to let the issues affecting telecentres in the rural areas in tanzania fully sink in. 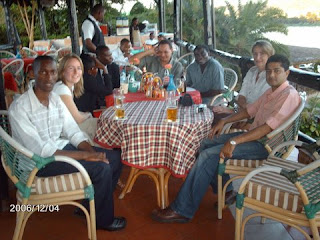 The entire group taking time off in the evening after a long day.

Some of the conclusions at the workshop was to form a national telecentre network linking all telecentre managers in the country and encourage more telecentre-to-telecentre visits as way of learning from eachother. With the newly formed relationships & friendships, everybody was pledging support towards helping eachother towards providing information to the rural communities wherever we may be based.